The clime alliance is an institution for the protection of the world’s clime. It was founded in 1990 in Frankfurt and unites meanwhile more than 1.600 communities and cities in 24 European countries wiht the indigene nations of South America. Since 1993, in this framework of this partnership the clime alliance Austria unites indigenes nations of the Upper Rio Negro at the outermost northwest of Brasil.

Communities, firms and educational establishments can participate in the clime alliance.

The common goal is the reduction of the climate-damaging heat-trapping gas emission in Europe by using the initiatives of clime protection and the preservation of the rain forest of our indigene partners.

We think into the future – far beyond the boarders of Austria

During our work im Austria we focus on the information and upcoming awareness, networking and education of partners oft he clime alliance. N addition we manage projects and campaigns for:

justice for the clime / cooperation for development 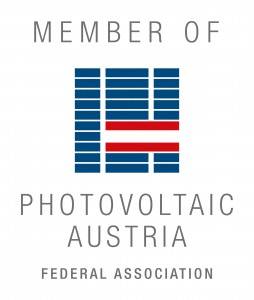 The goal of the federation of photovoltaic Austria (PVA) is to achieve a marketability, to support the development of the branch to become an important provider for energy and to keep the interests of more than 250 members.

The change of sunlight into electricity i sone of the ost important inventions of human’s history. A few years ago it seemed as if this goal would take much more time until it would be achieved. But now, it became true much more rapidly.

The PVA tries to harmonise the interests of industry, trade and craft, influenced by economy, politics and general public a future technique has been introduced. Of course, we are independent and not partied.

During or work, we focus on active press and public relations, membership care, organisation of further education, development of strategy and networking. The work of Photovoltaic Austria is non-operational, non-partied and not focused on yield.